Find a wonder of information and first hand accounts of the Fall of Saigon by those who witnessed it. Visit the site and relive the days leading up to the evacuation:
Fall of Saigon Marines Association

“The Fall of Saigon Marines Association is a public benefit / nonprofit corporation whose members consist of United States Marines serving at U.S. missions in the Republic of Vietnam during the spring of 1975. Our members served at the U.S. consulates in the cities of Da Nang, Nha Trang, Bien Hoa and Can Tho as well as the U.S. Embassy and other installations (the Defense Attaché Office / Military Assistance Command Vietnam complex) in South Vietnam’s capital city of Saigon. Our members were among the last representatives of the United States to evacuate from each location.” (Quoted from site)

Among the wealth of information provided is this map of Saigon on April 29, 1975. I relied on it throughout the writing of this book. 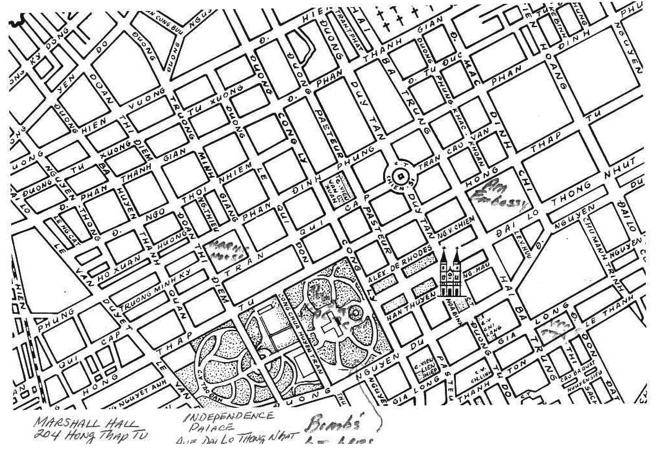