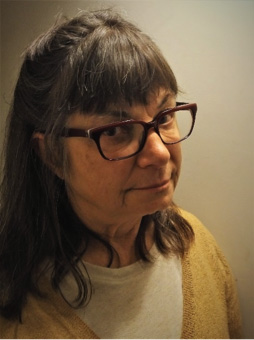 Raised in the mid-West, D. Z. Church has lived in the Eastern, Southern and Western United States and Barbados.

She holds a B.S. in Journalism from the University of Colorado and even tried reporting. She haunted the library at the University of Colorado and is still deciding if reading every Time Magazine from first publication through her graduation was sane. She thinks so. She walked into the Navy Recruiting Office through protesters and joined up much to her Air Force Officer father’s chagrin.

She served in the U.S. Navy during the Vietnam Era as a Division, Security and Public Affairs Officer. As one of the few women officers in the Navy during this period, she has a thousand tales to tell. LT Robin Haas in the Cooper books has much truth to tell. After the Navy, she used her G.I. Bill, a scholarship, a teaching assistant position, pluck and sale of her car to get an M.S. in Journalism (Account Management) from Medill School of Journalism, Northwestern University.

Since Northwestern, she has labored as an award-winning Advertising Creative Director, partnered in a small, successful, Public Relations Company, until her partner met a man on a beach (there’s a story there). Detouring to educational assessment, she was an early developer (with many others) in the valid and consistent assessment of student writing samples. She moved on to selling assessments to school districts and working with State Departments of Education on statewide testing. Finally, she directed the creation of proposals for multi-million-dollar contracts that resulted in lots and lots of money and work for the Fortune 500 company at which she slaved.

Along the way, she discovered that people aren’t always as they seem, and that revenge is best served in a whopping good tale. The kind people like to read with a little history, some foul weather, an absorbing mystery, and a whole helping of suspense. Currently being served in her well-reviewed thrillers Perfidia and Saving Calypso, as well as the Cooper Vietnam Era Quartet.